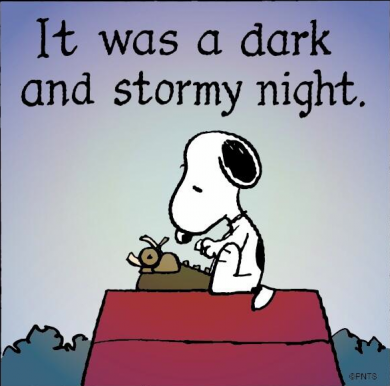 Well, not exactly five. Maybe not even one. Think of this more as a plea for help. I’m suffering from writer’s-joke block.

I am a lawyer by day and a writer by night. As for my day job, I have heard — as no doubt you have heard — dozens and dozens of jokes about members of my beloved profession. For example:

And so on and so on. Yearning for more lawyer jokes? Enter here.

But what about writer jokes? I’m drawing a blank.

Now I have heard jokes about other players in the written world. For example, publishers. How many publishers does it take to screw in a light bulb? Three. One to screw it in and two the hold the author down. Or: what’s the difference between amazon.com and terrorists? You can negotiate with terrorists.

Even screenwriters have their own jokes, although they tend to be somewhat sad, such as this one told to me by a veteran of that Hollywood craft: Why did the dumb blonde sleep with screenwriters? She was hoping to get ahead in the film business.

But writers. What about us? Hello? Are we chopped liver?

The handful of writer jokes I’ve heard over the years are, to be charitable, pretty lame:

How many mystery writers does it take to change a light bulb? Two. One to screw the bulb almost all the way in, and one to give it a surprising twist at the end.

There are, thankfully,  some funny writer cartoons, including this one I came across on writer MJ Fifield’s My Pet Blog: 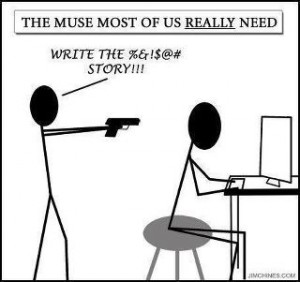 And, to be fair, there are funny quotes from writers about writing. Stephen King warns, “The road to hell is paved with adverbs.” And Samuel Johnson once responded to an aspiring writer whose manuscript he had just read: “Your manuscript is both good and original; but the part that is good is not original, and the part that is original is not good.” Ouch.

But, alas, fellow writers and readers: we need some good jokes about writers. Heard any lately? Help me out here. Please.

2 thoughts on “5 Best Jokes About Writers”