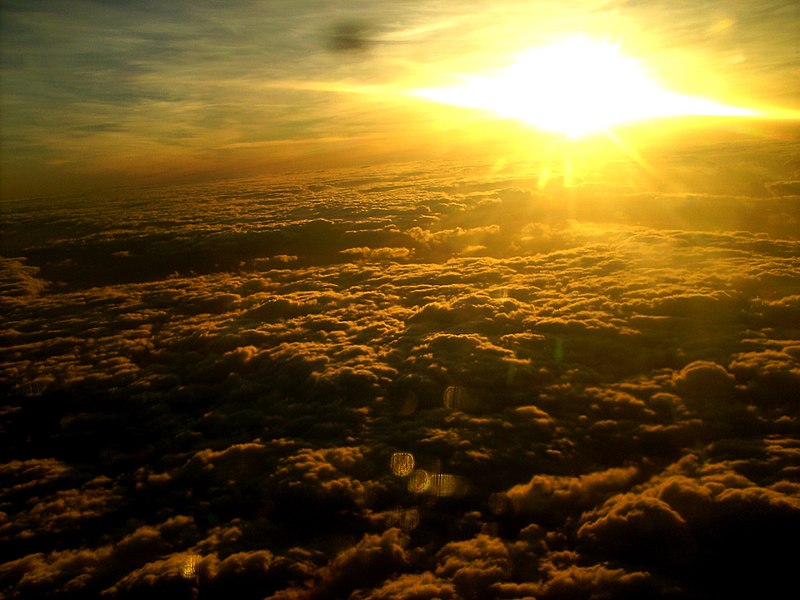 I’ve been thinking about the afterlife lately. Not mine, though at age of 67 I know I am closer to my end than my beginning. But, to quote Marcus Aurelius, “It is not death a man should fear but he should fear never having to live.” So I try focus on the living part.

But I have a fantasy–or maybe I should call it a yearning–for a special afterlife. Not mine. My fantasy afterlife is for a unique group of men and women: a place for beloved authors who died in obscurity or with no expectation that their works would live on after them.

Authors who died famous need no afterlife. Indeed, for many of them an afterlife would be a miserable residence in one of Dante’s nine circles of Hell. Take, for example, those who reached the apex of fame, namely, the number 1 spot on the New York Times Bestseller list. For the year 1960, the most famous author in America was Allen Drury with his novel Advise and Consent. He would continue to dominate the bestseller lists of the early 1960s, and for good reason. He was an excellent storyteller. But today–just 60 years later–Drury’s Advise and Consent is ranked behind more than 200,000 other titles on Amazon. I don’t want Allen Drury spending eternity in some dank afterlife staring at his Amazon ranking and wondering what happened to his legacy. To grasp the ephemeral nature of bestseller fame, check out the authors and their works on these lists of bestsellers from the 1920s. More than 90% of them have been out of print and forgotten for decades.

“But those are bestsellers,” you snobs scoff. “That’s no way to judge literary greatness.”

Okay, how about the Pulitzer Prize for Literature? That’s the essence of acclaim and achievement, right? Actually, Allen Drury won the Pulitzer Prize in 1960 for Advise and Consent. Take the year I was born: 1952. That prestigious prize was awarded that year to Herman Wouk for The Caine Mutiny, which is currently ranked behind more than half a million other books on Amazon. I’m fairly sure neither man’s novel is taught in any university course on American Literature. But that’s okay. Drury and Wouk went to their graves secure in the knowledge that their Pulitzer Prize would be mentioned in the opening paragraph of their obituary and that their elite literary status was safe. No need to update them. Let them rest in peace.

And sadly, even some of those modern authors who did make it onto the syllabuses for American Lit courses back in my college days have begun to fade. John Updike, Bernard Malamud, Saul Bellow, and Norman Mailer are just a few of the literary giants of that era whose novels have gone out of print or who are now lingering in the Allen Drury dungeon on Amazon. For all of these fine authors, I wish them tranquility in their graves.

So who would I gather in my fantasy afterlife, in my celestial version of the Algonquin Round Table?

First would be Herman Melville, whose promising career as a novelist was destroyed by the nasty critical reception of Moby Dick. His writing career ruined, he spent the last decades of his life in obscurity working as a customs inspector for New York City. He died in 1891. But by the 1930s his work had been rediscovered, and soon Moby Dick would be hailed as a masterpiece and perhaps the Great American Novel. And Billy Budd, discovered among his papers nearly three decades after his death and finally published in 1924, is now recognized as one of great works of literature of the 19th Century. Better yet for a man who died in obscurity, Billy Budd has been adapted into an award-winning play and an Oscar-nominated movie. I just love the thought of Melville looking down from above in amazement at his posthumous success.

Joining Melville at that celestial Round Table would be F. Scott Fitzgerald, whose own brilliant career was upended by publication of The Great Gatsby, which was neither a critical nor financial success. Fitzgerald, an alcoholic since college, deteriorated further after publication of that novel and died at the age of 40, viewing himself a failure. But now The Great Gatsby is included on all those reading lists alongside Moby Dick and is usually one of the Top 3 contenders (along with Moby Dick and Huck Finn) for the honor of Great American Novel. I’d like to imagine Herman and Scott chatting at the table and perhaps joking about some of their literary peers who sneered at them in life and are now forgotten for all time.

Two women would have a special place at my table: Jane Austen and Emily Dickinson. Jane must be amazed not only by the ongoing sales of her novels but by all those screen and theatrical adaptions of each of them. Here is a writer who died more than two centuries ago but whose novels remain relevant and popular. This year has seen the debut of the third movie or TV adaptation of her novel Emma in just the past 25 years—four if you count the movie Clueless, which many fans may not know is a modern adaptation of Austen’s Emma. Four! Think of that. For a novel published in 1815! Can you name any novel published in your lifetime that has had more than one motion picture adaptation? I can’t.

As for Emily Dickinson, her ascent to the pantheon of American poets is even more remarkable. She lived most of her short life in isolation in Amherst, Massachusetts. Fewer than a dozen of her vast collection of poems were published in her lifetime. It was not until after Emily’s death in 1886, when her younger sister Lavinia discovered her cache of poems, that the breadth and sheer artistry of her work became public. How astonished–and, hopefully, pleased–would the shy Ms. Dickinson be today to discover the reach of her poetry and its impact on American culture. She is taught in literature and poetry classes classes in the United States from middle school to college. Her poetry is frequently anthologized and has been used as text for songs by composers such as Aaron Copland, Nick Peros, John Adams and Michael Tilson Thomas. A few literary journals—including The Emily Dickinson Journal, the official publication of the Emily Dickinson International Society—have been founded to examine her work. A commemorative stamp in her honor was issued by the United States Postal Service as the second stamp in the “American Poet” series. She was inducted into the  National Women’s Hall of Fame in 1973. A one-woman play titled The Belle of Amherst appeared on Broadway in 1976, winning several awards.

Not too shabby, eh?

And finally, at that first seating at my celestial Round Table would be the Bard himself. Though it’s not all that clear whether he was critically esteemed at the time of his death–or was viewed as just another playwright hack–there is no question that William Shakespeare deserves a prime spot in my fantasy afterlife. He has now been dead for more than four centuries. If one merely tallied up the number of Shakespeare productions being staged around the world in any given year over the past decade, he would easily come in first place of all playwrights that year, living or dead. The Guinness Book of Records lists 410 feature-length film and TV versions of Shakespeare’s plays, making him the most filmed author ever in any language. There are, for example, more than a dozen film versions of Richard III and more than fifty film versions of Hamlet. So, too, there are thousands of books and tens of thousands of scholarly articles written about Shakespeare and his plays. I would like to think the Bard would be delighted to page through some of those books, watch some of the dozens and dozens of movie versions of his plays, and perhaps even gaze down from the clouds at a current production of Romeo and Juliet being staged at his very moment somewhere in the world.

So what’s at the root of this fantasy of mine? Every writer–and every musician and playwright and photographer and painter– no matter the genre or the topic, and certainly no matter the current level of success, wonders whether his or her works will live beyond the grave, much less beyond the century. The answer for 99.9% of us is an emphatic No. And that was certainly the answer assumed by those at my fantasy Round Table. I’d like to hope, at least for them, that they might be given a glimpse, no matter how brief, of their profound impact on our world.

And as a final and fitting tribute to my afterlife gathering, here is a link to one of my favorite poems by Emily Dickinson, “Because I could not stop for Death.” Enjoy.