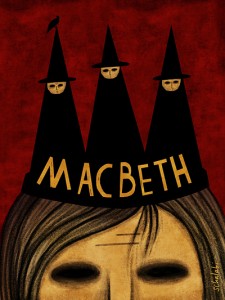 literature is William Shakespeare. And we can all recognize how remarkable it is that plays he wrote more than four centuries ago–dramas and comedies performed for the masses–are still being performed around the world today. And we can all concede that no contemporary author, or any other one, can claim as many film and television adaptations as the Bard.

Yes, we can acknowledge all that and get on with our daily lives. But then, out of the blue, you will collide with the genius of Shakespeare, and you will experience a moment of true awe.

My latest unexpected encounter occurred yesterday as I was reading the Wall Street Journal, which ran an appreciation of Orson Welles on his 100th birthday, including a piece on his 10 essential movies. One of those ten was his production of Shakespeare’s Macbeth, and the article included a link to Macbeth’s soliloquy in Act 5, Scene 5, upon learning of the death of Lady Macbeth. At the bottom of this post are those 10 extraordinary lines. They are profound and moving and more powerful than I remembered–and they are even more so when spoken aloud. So prepare for your moment of awe. 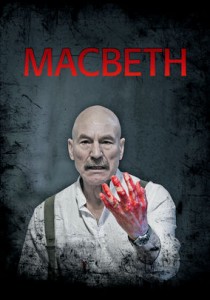 Here is a link to the Orson Welles version from his motion picture.

And for an example of the timeless power of Shakespeare, here is a link to the Patrick Stewart version from a production of Macbeth in a modern military setting.

And here are those words, as first performed on stage at the Globe Theatre in 1611:

To-morrow, and to-morrow, and to-morrow,
Creeps in this petty pace from day to day,
To the last syllable of recorded time;
And all our yesterdays have lighted fools
The way to dusty death. Out, out, brief candle!
Life’s but a walking shadow, a poor player,
That struts and frets his hour upon the stage,
And then is heard no more. It is a tale
Told by an idiot, full of sound and fury,
Signifying nothing.

My 60 Seconds of Semi-Kinda-Sorta Fame