Time for my annual baseball post. Last year I wrote one on the Top 10 Baseball Walk-Up Songs in Literature. For the uninitiated, a walk-up song is that hard rock, hip hop, or country tune that blares over the speakers throughout the stadium as the ballplayer walks from the on-deck circle to the batter’s box. True baseball fans can name the walk-up song for every one of their favorite players.The phenomenon has been the subject of numerous articles, including this one from ESPN.com (featuring the image above).

“All of which,” I wrote back then, “got me thinking about great characters in literature. What would Hamlet select for his walk-up song? Or Nancy Drew? Or Captain Ahab? Or Madame Bovary?” And so I put together a list and invited my readers to add to it.

Examples included Iago (of Othello), whose walk-up song was “Bad to the Bone” by George Thorogood, and Satan from Milton’s Paradise Lost, whose song was, of course, “Sympathy for the Devil” by the Rolling Stones. And then there was Dr. Pangloss from Candide, who was unable to select a walk-up song because, as he explained in reviewing the song list, “All of these are for the best in this best of all possible song lists.” So Voltaire stepped in for him and picked Louis Armstrong’s “What a Wonderful World.” 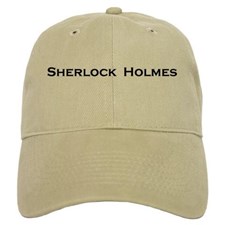 Well, I happen to write mystery novels. And like most mystery writers, I read plenty of them, too. And thus I got to thinking about great detectives in mystery novels. What would Sherlock Holmes select for his walk-up song? Perhaps “Anarchy in the U.K.” by the Sex Pistols or maybe “A Well Respected Man” by the Kinks. What about Miss Marple? Would she be aggressive enough to pick Queen Latifah’s “Ladies First”?

I’m willing to start a list of walk-up songs for mystery novel detectives, beginning with my own creation, Rachel Gold. I’m hoping some of you can add to it. And if you write mysteries, please add a walk-up song for your character(s).

Okay, your turn. Who should we add? So many possibilities. What would Nero Wolf pick as his walk-up song? Or Easy Rawlins? Or Kinsey Millhone? Or Sam Spade? And so on and so on. And, if you’re a mystery writer, what would your detective pick?

And finally, which hapless detective gets the U2 song, “I Still Haven’t Found What I’m Looking For”?