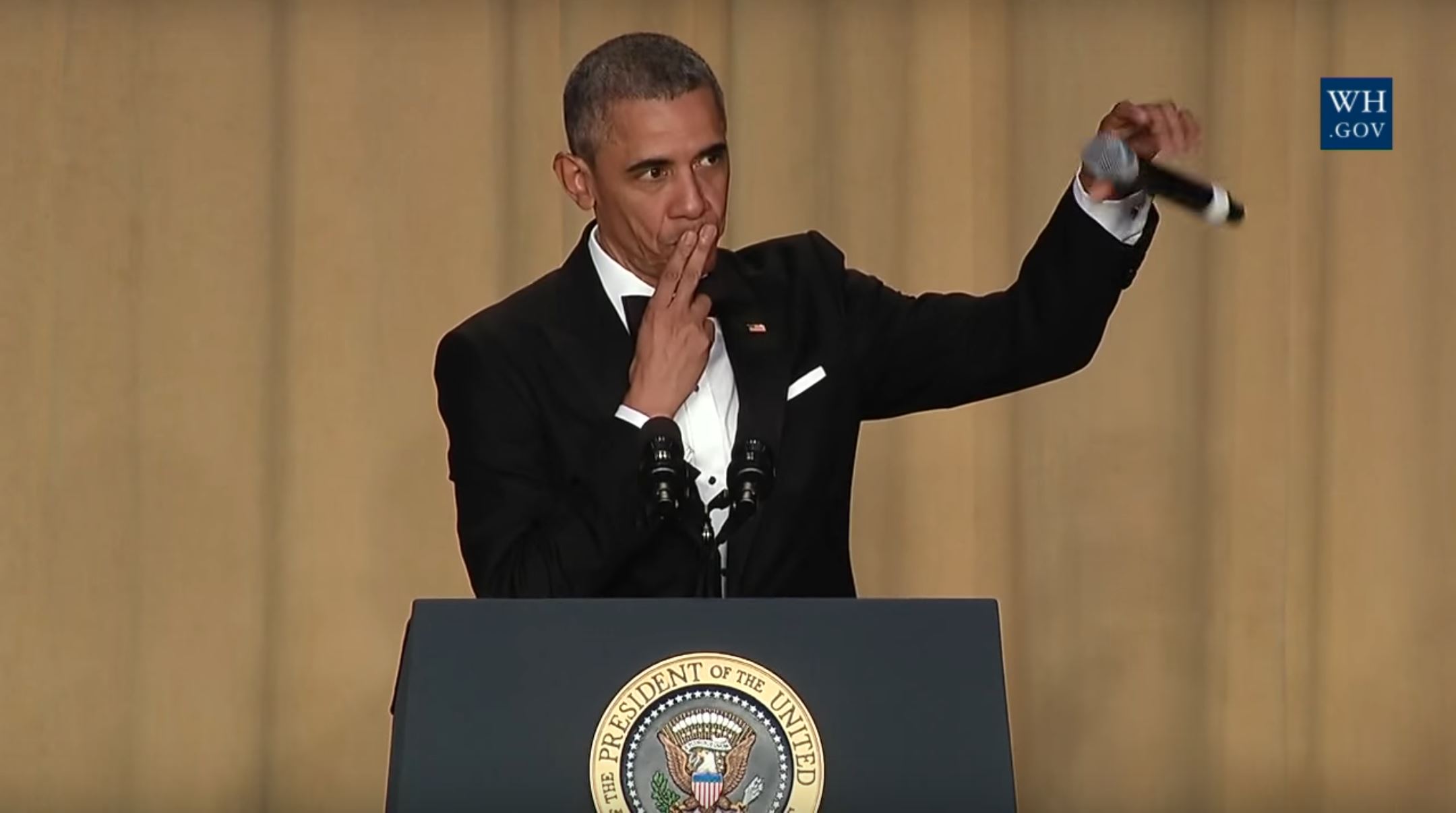 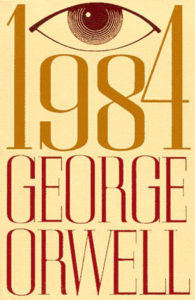 nly have been vivid, memorable first lines, many of which we can quote by heart–from “Call me Ishmael” in Herman Melville’s Moby Dick to “It was a bright cold day in April, and the clocks were striking thirteen” in George Orwell’s 1984. At the top my list is the first sentence of Gabriel Garcia Marquez’s One Hundred Years of Solitude: “Many years later, as he faced the firing squad, Colonel Aureliano Buendía was to remember that distant afternoon when his father took him to discover ice.”

But that final line–the one just before the curtain comes down–is even more important. The reader needs it for a sense of closure. And the author needs it to encourage the reader to pick up his or her next novel. It is the literary equivalent of the mic drop.

The masters of the literary mic drop have crafted some memorable closing lines. There is The Great Gatsby, which F. Scott Fitzgerald ends: “So we beat on, boats against the current, borne back ceaselessly into the past.” And Huckleberry Finn, which Mark Twain ends: “But I reckon I got to light out for the 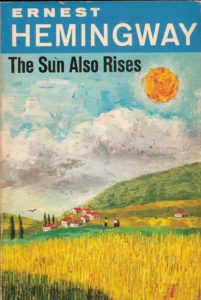 Territory ahead of the rest, because Aunt Sally she’s going to adopt me and sivilize me and I can’t stand it. I been there before.” And my favorite, from James Joyce’s novella The Dead: “His soul swooned slowly as he heard the snow falling faintly through the universe and faintly falling, like the descent of their last end, upon all the living and the dead.”

And more often–as is the case with The Great Gatsby and so many other novels–that last line is perfectly set up by a lead in. Perhaps the most famous example is Ernest Hemingway’s The Sun Also Rises, with Lady Brett Ashley and Jake Barnes in the back of a taxi:

“Oh, Jake,” Brett said, “we could have had such a damned good time together.”

Ahead was a mounted policeman in khaki directing traffic. He raised his baton. The car slowed suddenly, pressing Brett against me. 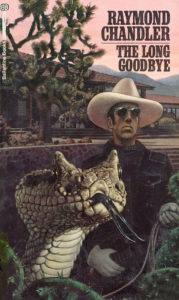 No genre needs a good final sentence more than the mystery novel, whose goal is to bring order back into the world by the final chapter. I decided to flip to the back page of some of my favorite mystery novels. Here’s what I found:

One of Raymond Chandler finest novels is The Long Goodbye, which he ends with a two-sentence paragraph that beautifully captures the moment and our protagonist:

I never saw any of them again–except the cops. No way has yet been invented to say goodbye to them.

Dashiell Hammett’s The Maltese Falcon ends with Sam Spade seated at his desk as someone enters the outer office. His secretary Effie Perine quickly goes into the outer office, shutting the door behind her:

When she came back in again she shut it behind her. She said in a small flat voice: “Iva is here.”

Spade, looking at his desk, nodded almost imperceptiby. “Yes,” he said, and shivered. “Well, send her in.”

And then there is this powerful and poignant closing line, which comes from the one mystery novel that you will never find in the mystery section 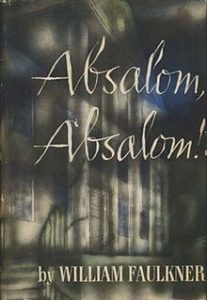 of your bookstore. I refer to William Faulkner’s Absalom, Absalom–one of the greatest literary works of the 20th century and, as I’ve previously written, one of the great murder mysteries in American literature. It is the tale of the rise and mysterious death of Thomas Sutpen at the end of the Civil War, told entirely in flashbacks narrated decades later, mostly by Quentin Compson to his roommate at Harvard University. This is the same Quentin Compson whose subsequent suicide occurs in The Sound and the Fury. Faulkner closes Absalom, Absalom with Quentin’s anguished thoughts:

And, finally, I end with the ending from my third novel Firm Ambitions–an ending I borrowed from my favorite Hollywood ending. Rachel Gold, having concluded a 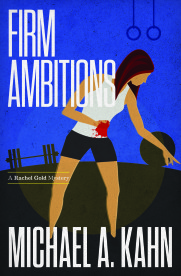 nasty divorce case that morphed into a murder case, receives a surprise phone call from Max Feigelbaum, who she describes as “a tanned and ruthless little ferret who wore dark glasses and Italian suits and was one of the most feared divorce lawyers in Chicago.” He wants her to handle a divorce case in St. Louis. Rachel tries to beg off, explaining, “I’m getting out of divorce work.” He tells her she’ll “want to make an exception for this one. It’s a beaut.”

She finally agrees, and the novel ends:

“Maxie,” I said with a smile, “I think this is the beginning of a beautiful friendship.”