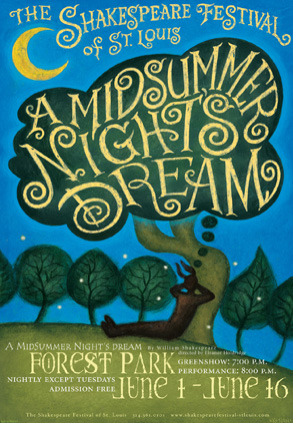 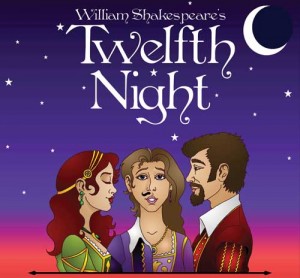 Under a beautiful night sky in the Shakespeare Glen in Forest Park, Margi and I enjoyed one of those perfect St. Louis evenings: a full moon overhead, warm breezes, chilled wine, delicious picnic dinner, and a brilliant and hilarious production of Twelfth Night by the Shakespeare Festival St. Louis. Everything about the production—the cast, the set design, the lighting, the music—was wonderful. The Bard would have been pleased.

The performance delivered what every Shakespeare play (tragedy, comedy, or history) delivers to me: jolts of awe. The first type is when a character utters a phrase that has found its way into our language without my ever realizing that Shakespeare was its creator. Indeed, his plays contain scores of original expressions that have now become commonplace, including: “I’ll not budge an inch,” “We have seen better days,” “A dish fit for the gods,” “[It’s] all Greek to me,” “One Fell Swoop,” and “Into Thin Air.”

The second jolt of awe comes when a character makes an observation so profound that I want to hit some cosmic Pause button to let it sink in. One such example is Macbeth’s haunting soliloquy  upon learning of his wife’s death (and which gave William Faulkner the title to one of his greatest novels):

Life’s but a walking shadow, a poor player,
That struts and frets his hour upon the stage,
And then is heard no more. It is a tale
Told by an idiot, full of sound and fury,
Signifying nothing.

The Twelfth Night delivered several jolts of awe for me. Of the first type, one example is “out of the jaws of death” in Act 3, Scene 4.

My favorite examples, though, blend both types of awe, phrases that have a familiar ring but are also profound. My favorites that night

in Forest Park, each delivered as part of a longer dialogue:

“Some are born great, some achieve greatness, and some have greatness thrust upon ’em.” (Act 2, Scene 5)

“Thus the whirligig of time brings in his revenges.” (Act 5, Scene 1)

And for fans of meta-fiction, there was an added treat: that moment in Act 3, Scene 4, when Shakespeare playfully peers around the so-called fourth wall. He does it through Sir Toby Belch’s servant Fabian, who has helped put together the zany scheme to make a fool out of the sanctimonious Malvolio. When their improbable plan succeeds, Fabian observes: “If this were played upon a stage now, I could condemn it as an improbable fiction.”