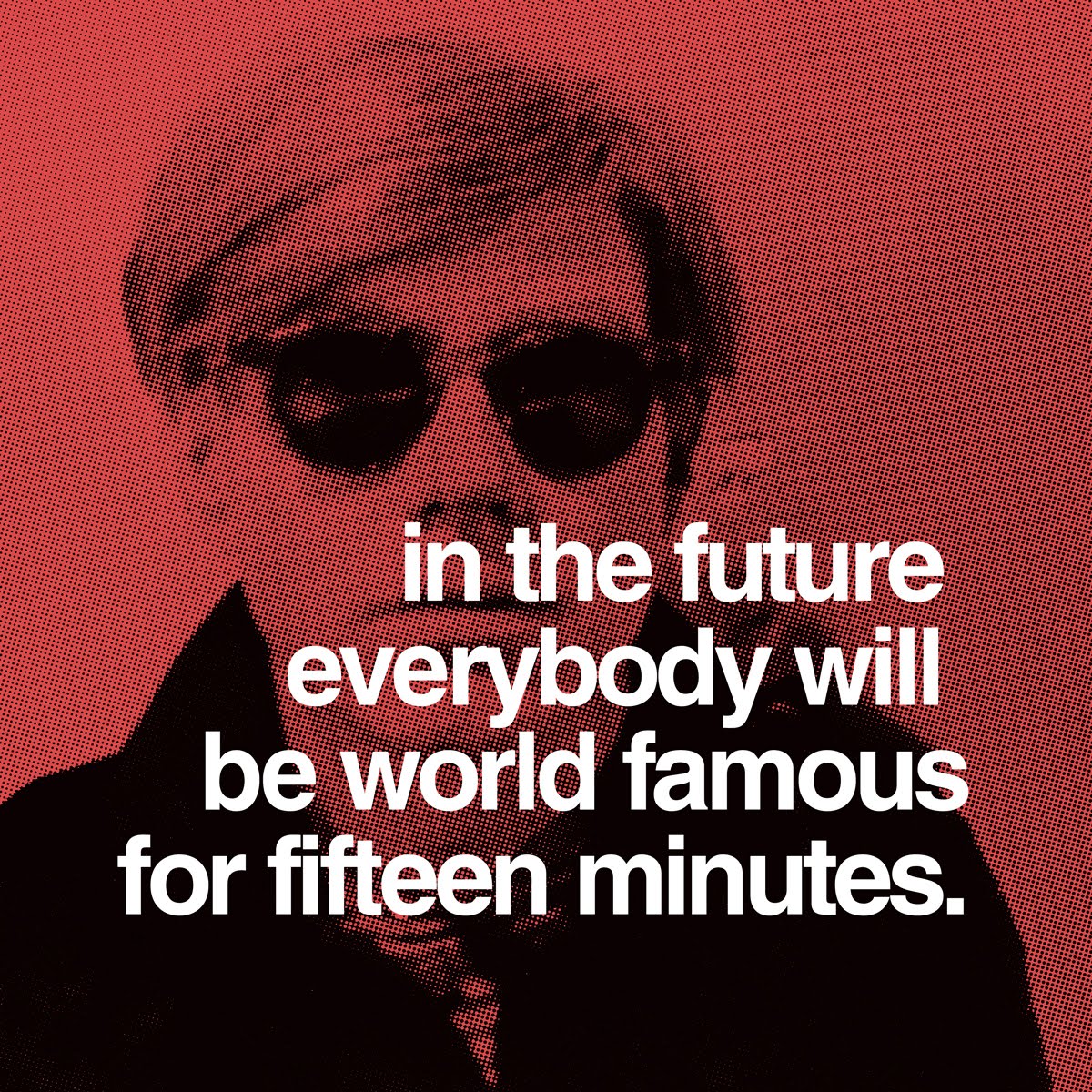 If Andy Warhol’s prediction is true, I’ve just used up my first minute. It was quick but fun. Read on:

A couple of months ago I wrote about a fun series of interview questions posed to me by the blog Reviewing the Evidence. At the time, I was sworn to secrecy as to my answers. Now that the quarantine has been lifted, here are the Questions and Answers from that interview. As you read through them, think how would answer:

RTE: Describe yourself in a sentence?

RTE: What’s the one record you’d take to a desert island?

Kahn: Just one? That’s tough. With apologies to Muddy Waters and to The Rolling Stones (especially Exile on Main Street), I’d take Tom Petty and the Heartbreakers Anthology: Through the Years.

RTE: What did you want to be when you were growing up?

Kahn: Neil Sullivan. We met freshman year at Amherst College and have remained buddies ever since. He was the best man at my wedding and remains one of the best men I know.

RTE: If I ruled the world…

Kahn: I’d end up in an insane asylum, overwhelmed by trying to figure how to solve, or at least ameliorate, all the world’s problems, from poverty to hunger to brutality to genocide to terrorism to pollution to global warming. Once released, I’d probably try something more within my control, such as ordering Tom Petty and the Heartbreakers to perform in a concert simulcast to the entire world with a playlist that included “Learning to Fly.”

RTE: Which book do you wish you’d written?

RTE: What makes you angry?

RTE: Who would you least like to be stuck in a lift with?

RTE: What inspired you to start writing?

Kahn: My wife Margi, who got tired of hearing me tell her after I had finished many a book, “Not bad, but I could probably write a better one.” “Then do it,” she finally said, “or please shut up.” So I shut up for a long, mulled it over, and finally did it. 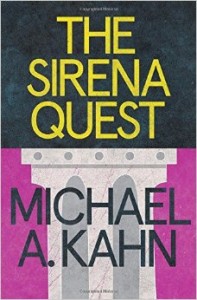 Kahn: My fantasy would be to live on the road for several years—starting here in the U.S. (perhaps in an RV) and then off to other places in the world, about three weeks per city, with hiking side-trips along the way in national parks and other natural wonders. And when Margi and I returned to the U.S., we’d settle down somewhere nice and warm near an ocean where all my kids and grandkids could spend time with us.

RTE: Sum up your latest book in no more than 12 words.

Kahn: A Baby Boomer version of “The Big Chill” meets “The Maltese Falcon.”