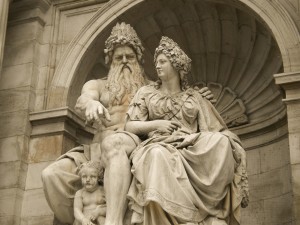 Homer’s Iliad is one of the most revered literary works of all time, admired for its artistry, its universal themes, and its profound influence on Western literature.

Although I am no scholar of ancient Greek epic poems, I doubt whether many of those scholars have found parallels between the classic Gods of Mount Olympus and the classic sit-coms of television. Nevertheless, as I listened to Part 1 of the audible book version of the Iliad, I started grinning as I  envisioned Jackie Gleason and Audrey Meadows, the quarreling Kramdons of The Honeymooners, cast in the roles of Zeus and Hera.

But first some background:

The Iliad takes place during several weeks in the tenth year of the Trojan War. The Greek army, during a battle with a 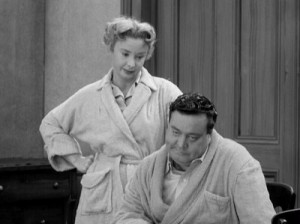 town allied with Troy, captured a pair of beautiful maidens, Chryseis and Briseis. King Agamemnon, leader of the Greek forces, took Chryseis as his prize, and the great warrior Achilles claimed Briseis. Through a series of events not worth explaining here, Agamemnon was forced to return Chryseis to her father and, demanding compensation, takes Briseis away from Achilles. Furious at this insult, Achilles returns to his tent, where he sulks and refuses to fight in the war. He yearns to see Agamemnon disgraced and the Greek army destroyed, and asks his mother, the sea-nymph Thetis, to convince Zeus to help make that happen. 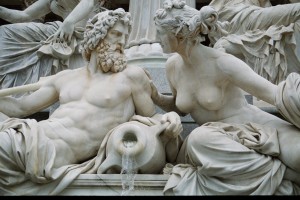 And so, as the poem explains, Thetis “rose from under the sea and went through great heaven to Olympus, where she found the mighty Zeus sitting all alone upon its topmost ridges.” She makes her plea. Zeus is sympathetic–he kind of likes those Trojans–but he’s “much troubled” that his wife Hera–a big fan of the Greeks–might hear them.

And thus Zeus, the almighty King of the Gods, leans over and whispers to Thetis: “I shall have trouble if you set me quarreling with Hera, for she will provoke me with her taunting speeches; even now she is always railing at me before the other gods and accusing me of giving aid to the Trojans. Go back now, lest she should find out. I will consider the matter, and will bring it about as you wish.”

Thetis thanks him and leaves, and Zeus heads back to his house. According to the poem, “The gods rose from their seats, before the coming of their sire. Not one of them dared to remain sitting, but all stood up as he came among them. There he took his seat. But Hera, when she saw him, knew that he and the old merman’s daughter Thetis, had been hatching mischief, so she at once began to upbraid him.”

And this is the moment when Jackie Gleason takes on the role of Zeus and Audrey Meadows steps in as Hera. Here are their lines (in the somewhat stilted Samuel Butler translation from 1898):

“Trickster,” Hera cried, “which of the gods have you been taking into your counsels now? You are always settling matters in secret behind my back, and have never yet told me, if you could help it, one word of yo 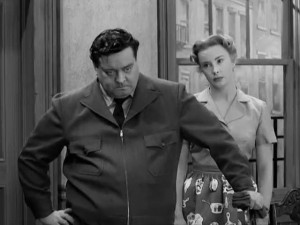 “Hera,” replied the sire of gods and men, “you must not expect to be informed of all my counsels. You are my wife, but you would find it hard to understand them. When it is proper for you to hear, there is no one, god or man, who will be told sooner, but when I mean to keep a matter to myself, you must not pry nor ask questions.”

“Dread son of Saturn,” answered Hera, “what are you talking about? I? Pry and ask questions? Never. I let you have your own way in everything. Still, I have a strong misgiving that the old merman’s daughter Thetis has been talking you over, for she was with you and had hold of your knees this self-same morning. I believe, therefore, that you have been promising her to give glory to Achilles, and to kill much people at the ships of the Greeks.”

“Wife,” said Zeus, “I can do nothing but you suspect me and find it out. You will take nothing by it, for I shall only dislike you the more, and it will go harder with you. Granted that it is as you say; I mean to 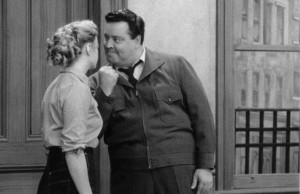 have it so; sit down and hold your tongue as I bid you for if I once begin to lay my hands about you, though all heaven were on your side it would profit you nothing.”

All that’s missing from that scene is the mighty King of the Gods, flushed with anger, shaking his fist and and shouting, “One of these days, Hera . . .  POW . . . straight to the moon!”

To which Hera would roll her eyes, shake her head, and answer, “Aw, shut up, Zeus.”

Some Terrific Questions for You (and Me)