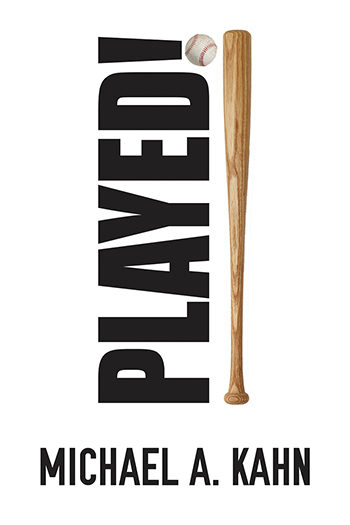 My epiphany occurred as I read an interview of John Updike from nearly a half century ago. Ah, I said to myself, nodding my head, so that’s why I did it. 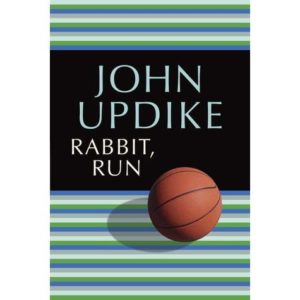 The “it” was doing something I’d never before done in all of my prior novels and short stories. Each of those prior works, like the vast majority of works of fiction, was written in the past tense. Even though deciding which tense to use in writing one’s novel is an important decision for any author, the choice of past tense is so common that readers (and many authors) generally don’t take notice of it. For example, a chapter might open: “Harry raised the rifle, took a deep breath, aimed, and pulled the trigger.” Change the tense from past to present and the scene feels different: “Harry raises the rifle, takes a deep breath, aims, and pulls the trigger.”

I made the choice to write my new novel, PLAYED! in the present tense. Why? Well, it just felt right. But later, after I’d handed in the manuscript, I came across John Updike’s Paris Review interview from 1968, in which he said of his decision to set Rabbit, Run in the present tense,

Rabbit, Run was subtitled originally, “A Movie.” The present tense was in part meant to be an equivalent of the cinematic mode of narration. The opening bit of the boys playing basketball was visualized to be taking place under the titles and credits. This doesn’t mean, though, that I really wanted to write for the movies. It meant I wanted to make a movie. I could come closer by writing it in my own book than by attempting to get through to Hollywood.

And PLAYED! also began as a screenplay entitled “False Pretenses.” About halfway into the script, I decided instead to tell the story as a novel. But by then, having already visualized the story as a movie, I decided to write it, in John Updike’s works, in the “equivalent of the cinematic mode of narration.”

Later still, after I’d gone through the page proofs and sent my corrections back to publisher, I decided to take a deeper look at this tense issue. And I discovered, to my surprise, that there is an impressive stack of present-tense fiction, many of which you and I have read. They range from bestsellers, such as Suzanne Collins’ Hunger Games, to literary stars, such as Hilary Mantel’s Wolf Hall, which won the Booker Prize in 2009,  to classics, such as Charles Dickens’ Bleak House, which opens with one of the most cinematic first chapters in all of literature (and decades before the invention of motion pictures).  There’s Ken Kesey’s One Flew Over the Cuckoo’s Next, Scott Turow’s Presumed Innocent, and Jay McInerney’s Bright Lights, Big City, which had the added attention-grabbing device of being written in the second person. It opens: “You are not the kind of guy who would be at a place like this at this time of the morning.”

Many authors–including yours truly–opt for the present tense without much deliberation. As Hilary Mantel explained in an interview in The Guardian, she had no plan regarding the tense of her novel. “I was writing as I saw it,” she explained. “It was only a little later I became aware of what had happened and saw that I’d made two important decisions very quickly – tense and point of view. And they are inextricable.”

Below is Chapter 6 from PLAYED!  This is where Cherry Pitt, the hot young wife of the powerful and corrupt Chicago attorney Leonard Pitt, baits the hook to snare Hal, the goofball younger brother of the the brilliant but nerdy lawyer Milton Bernstein. As with the rest of the novel, the scene is written in the present tense:

That’s Hal’s name for it. During the year he worked as a fitness trainer at the East Bank Club in Chicago, he became addicted to Chicago-style hot dogs—those Vienna Beef marvels on poppy seed buns with yellow mustard, neon relish, and green sport peppers. When he moved back to St. Louis, he scouted out places to satisfy that passion, and Primo Dog was one that made the cut. Although Woofies is still Hal’s numero uno in St. Louis, Primo Dog is the closest one to Old Chatham Country Club, and that’s where Hal heads at 12:15 each Tuesday on his lunch break.

Ray mans the grill. He nods as Hal walks up to the counter. “The usual, big guy?”

A few minutes later, the tray of food in hand, Hal uses his foot to push open the screen door to the tables outside. That’s when he sees her. He stares, and the door swings back against him. Seated alone at a table facing him is Mrs. Pitt. She’s wearing skinny jeans, a red tank top, and sunglasses.

Hal waits for her answer. She is holding the hot dog — not the bun, just the dog — between her thumb and forefinger. Long nails, red polish. She glances up, shrugs as if to say suit yourself, and bites off the end of the hot dog.

With a nervous smile, Hal sits down. He unwraps his hot dog and takes a big bite.

“Didn’t see you at the pool today,” he says as he chews.

“That’s because I wasn’t here.”

“Yeah.” He forces a laugh, “Guess that’s probably why.”

He takes another bite of his hot dog as he tries to think of something to say. He’s usually pretty good with chicks, but with this one he’s in brain freeze.

Finally, he says, “I read somewhere that hot dogs are bad for you.”

She looks at him from behind her sunglasses but says nothing.

“Too many nitrates.” Hal shrugs. “They say you shouldn’t eat them.”

Mrs. Pitt studies him as she bites off another piece of the hot dog and slowly chews it. “What do you suggest I eat instead?”

She lowers her head to stare at him over her sunglasses. “How long is your break?”

Hal checks his watch. “I’ve got to head back in ten minutes.”

“Wait.” Hal stumbles to his feet. “How about tomorrow? It’s one my days off. Wednesdays and Thursdays.”

Mrs. Pitt pauses, staring at him from behind her sunglasses. “How about what tomorrow?”

Hal tries another grin. “Whatever takes longer than ten minutes, I guess.”

She glances down at his empty plate. “Does anything take you longer than thirty seconds?”

“Depends what you have in mind.”

“Sure. I can make that last longer ten minutes. Guaranteed.”

She smiles. “That sounds nice.” She tells him her address. “Come in through the alley. Twelve-fifteen.”

Stunned, Hal watches her walk toward her Corvette, staring at that awesome little round butt swinging back and forth in the tight jeans. He jogs over to her car as she starts to gun the engine.”

“Mrs. Pitt, I don’t even know your first name.”

She guns the engine again, puts it into gear, and roars away.

Hal watches her speed down the street.

“Cherry,” he repeats aloud, and then he smiles. “Dude.”

Watching  her red Corvette disappear around the corner, he never once considers the improbability of their encounter at Primo Dog. If you’d asked him right then, if you’d come up to him as he stood out there by the curb in the warm afternoon sun and asked him if he didn’t think it a bit odd that the wife of a millionaire lawyer, a woman you’d normally expect to see at lunch at the Zodiac Room in the Neiman Marcus at Plaza Frontenac or maybe at the Women’s Exchange on Ladue, just happened to be eating at a hot dog joint in West County at exactly the same time as him—well, if you would have asked him that, he would have given you one of those thousand-watt smiles and a shrug and said, “Hey, dude, guess the lady’s got good taste.”

But at the same time as you? you’d ask. On the only day of the week you go there?