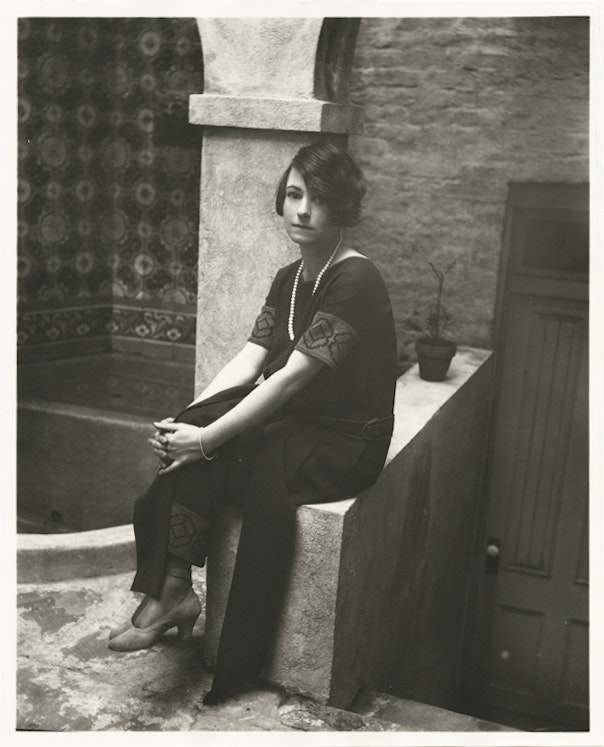 When in need of a snappy one-liner for the beginning of your book–or your essay or your talk or just about anything–a good place to start is the works of Dorothy Parker, a legendary literary figure of the 1920s and ’30s known for her biting wit. As she once wrote, “The first thing I do in the morning is brush my teeth and sharpen my tongue.”

I happened to be need of a worthy quote for the beginning of my latest novel, Bad Trust, to be published this April, so I turned to Ms. Parker’s treasure trove. My novel features two mysteries–both involving arrogant, nasty wealthy men. I quickly found the perfect quote: “If you want to know what God thinks of money, just look at the people he gave it to.”

As her online biography explains, in addition to her writings for Vogue, Vanity Fair, and The New Yorker, Dorothy Parker helped form a group called the Algonquin Round Table with writer Robert Benchley and playwright Robert Sherwood. That group also included The New Yorker founder Harold Ross, comedian Harpo Marx, and playwright Edna Ferber among others. It took its name from its meetings at the Algonquin Hotel and became famous for the group’s sharp-tongued banter. The photograph below features Dorothy Parker with some other members of that group, including Harpo Marx (standing in the middle) and Alexander Woollcott (seated on the far right). The photograph at the top of this post was taken in 1924 in the backyard of her New York residence.

My favorite quote of hers was a brilliant pun she came up with on the fly at a meeting of the Algonquin Round Table during their weekly challenge game of Can-You-Give-Me-A-Sentence? They gave Dorothy the word “horticulture.” With barely a pause, she responded: “You can lead a horticulture but you can’t make her think.” (For those not familiar with the original centuries-old adage, it goes “You can lead a horse to water but you can’t make him drink.”)

A few other Dorothy Parker classics:

Brevity is the soul of lingerie.

A hangover is the wrath of grapes.

The two most beautiful words in the English language are ‘check enclosed.’

But as too often is the case, the life of a brilliant, witty individual comes to a sad end. Think of Oscar Wilde, perhaps the greatest Irish wit of the 19th Century, author of, among others, the novel The Picture of Dorian Gray and the play The Importance of Being Earnest, but later prosecuted and imprisoned for homosexuality and, after his release, dying alone in Paris at the age of 46. Or F. Scott Fitzgerald, the proverbial Toast of the Town in the Roaring Twenties, but then descending into alcoholism and depression, and dead at the age of 40.

Such was the fate of Dorothy Parker, who faded into alcoholism and obscurity in her later years. Childless and living alone in a residential hotel in New York City, she died of a heart attack in 1967. According to her biographer Marian Meade, her ashes remained unclaimed in various places, including in her attorney’s filing cabinet, for nearly two decades. Nevertheless, she wrote her proposed epitaph: “Excuse my dust.”

So if there is an afterlife for authors, I hope she enjoys seeing her quote on the first page of my new novel. Thank you, Dorothy.

4 thoughts on “Thank you, Dorothy Parker”