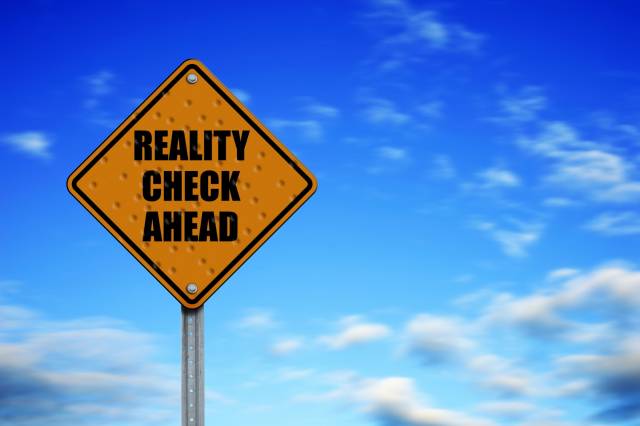 We who toil in the field of fiction soon learn that truth is indeed stranger than fiction. Specifically, the laws of fiction prohibit the incredible coincidences that occur all the time in the real world. The key word here is “incredible.” Yes, there actually were twin girls, separated at birth, who found one another decades later on a train ride through the south of France, and yes, there really was an Illinois farmer, about to lose the family farm, who bought a lottery ticket with his last dollars and, lo and behold, won the Illinois lottery the day before the bank was scheduled to foreclose. But try to use either of those coincidences as a key element of your plot and you will never get published.

And it’s no use telling your editor, “But this really happened.” That’s because readers of fiction view obvious coincidences as pathetic plot devices. One of my favorite author cartoons is entitled Novelist At Work. The author is seated at his computer, and on the wall is a sign reading “10 Days without a Contrived Coincidence to Forward the Plot.” Every novelist who sees that cartoon smiles knowingly. 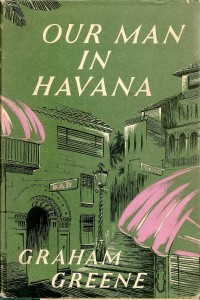 And while truth is stranger than fiction, every once in awhile fiction can be stranger than truth. Specifically, sometimes you invent a character or a situation that you later discover actually exists in the real world. Graham Greene creates that experience in his black comedy, Our Man in Havana, which is set in the 1950s in pre-Castro Cuba. James Worwold, an ordinary vacuum cleaner retailer in Havana, is improbably recruited by the British secret service to provide espionage services in Cuba. Because he needs the money but has no information to send back to London, he fakes his reports, sprinkling them with names he finds in the newspapers. To liven up those reports, he includes sketches of vacuum cleaner parts, which he claims are sketches of a secret Russian military installation in the mountains. The British spy agency falls for his imaginary accounts hook, line, and sinker. 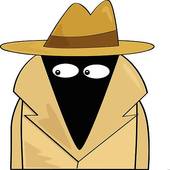 A key figure in those reports is a fictional pilot named Raul, who is Worworld’s imaginary mole. To Worwold’s dismay, the Brits send over an agent to meet with Raul. But just when Wormwold is about to be exposed as a fraud, a real pilot named Raul is killed in a car crash.

I loved that novel, and particularly the seemingly improbable way that an imaginary person in the novel could turn out to be a real person. Well, a “real” person within the fictional world of the novel.

And then it happened to me. In real life. 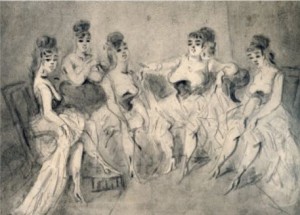 In one of my novels, which shall remain nameless here for reasons that will become apparent, I created a character–a bad guy–who was the son of a highly respected physician. I needed to create his backstory, namely, why would the scion of a wealthy and esteemed family go bad? I sought guidance from Honore de Balzac, who wrote that “Behind every great fortune there is a crime.”

And thus I created a family tree stretching back four generations to its shady origins at the turn of last century. The family founder was an itinerant linen peddler who’d immigrated from Russia in the 1890s and eventually settled in St. Louis in 1900, where he established a linen service. Ever the entrepreneur, he realized the unique economic opportunities presented by the upcoming World’s Fair in 1904, especially since he was now the sole supplier of clean sheets and towels to all of the city’s whorehouses. By the time the World’s Fair closed, he was a wealthy man who not only controlled several of the town’s most profitable bordellos but had ownership interests in the suppliers of alcohol, drugs, and gambling in St. Louis. His son became a prominent criminal defense lawyer, and eventually a state court judge. His grandson became a renowned surgeon. And his great-grandson became the bad guy in my novel.

Six months after the novel was published, my secretary answered a call from a local heart surgeon who wanted to speak with me. That he had the same last name as the surgeon in the novel was a fact that didn’t register when I answered the phone.

“I’m curious,” he said. “How did you find out about my grandfather?”

“Your grandfather?” I said. “What do you mean?”

“All that stuff about how he got his start in the linen business, how he supplied linens to the whorehouses during the World’s Fair. I didn’t know that anyone outside our family knew about that.”

Turns out that all of the basic facts about my fictional linen supplier–right down to his first and last name–matched up with a real man by that name who did indeed supply linens to the St. Louis whorehouses during the 1904 World’s Fair.