We in St. Louis joined Baseball Nation in mourning the recent death of baseball legend Yogi Berra, a beloved son of our town who grew up on the Italian Hill. As might be expected, the obituaries celebrated not only his remarkable baseball career but his equally remarkable quotations–sayings that might strike you initially as absurd or idiotic but which, upon reflection, reveal a deeper level of wisdom. Examples include:

And my favorite line of his, when asked about a popular bar: “Nobody goes there anymore. It’s too crowded.” Indeed, when my law firm asked that each of us include in our online bio an inspiring quote from someone we admired, many of my colleagues chose quotes from great judges, philosophers, or other historical figures. I, however, chose one from–well, see for yourself here. 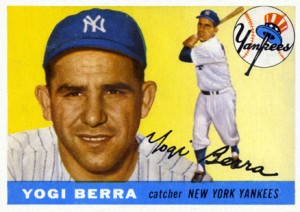 As I read through one celebratory obituary after another, I thought back to one of my favorite Sports Illustrated articles by one of my favorite writers, Roy Blount, Jr. Originally published in the April 2, 1984 issue of Sports Illustrated, the piece opens with the provocative question: “Is the new manager of the New York Yankees a true yogi?” And centered directly above that sentence are a pair of quotes, one from the baseball Yogi and one from, well, another Yogi:

“Yoga consists in the stopping of spontaneous activities of the mind-stuff.” —YOGI PANTANJALI

“How can you think and hit at the same time?” —YOGI BERRA

Blount intersperses the rest of his piece with brilliantly matched pairs of quotes, one from the ballplayer and one from a religious yogi. Here’s an example: 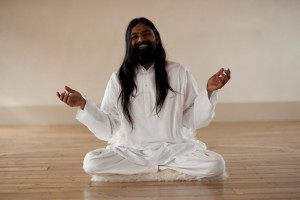 “The time is now and now is the time.” —YOGI BHAJAN

“You mean right now?” —YOGI BERRA when someone asked him what time it was.

“If you can’t imitate him, don’t copy him.” —YOGI BERRA

And let me end with one final bit of advice from our St. Louis Yogi: “Always go to other people’s funerals. Otherwise, they won’t go to yours.”