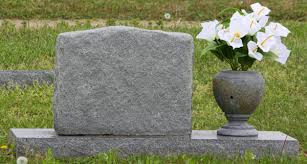 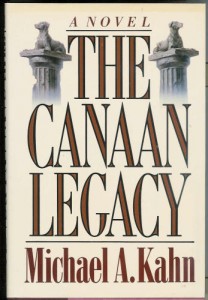 Readers often ask, “Where did you get the idea for that story?” Most of the time, at least for me, the answer is, “I don’t know” or “I don’t remember.”

But sometimes I do. The best example is the premise of my first novel, The Canaan Legacy (renamed Grave Designs in the paperback edition). That mystery opens with the law firm of Abbott & Windsor retaining one of its former young associates, Rachel Gold, to look into a curious development arising out of the death of a powerful senior partner. As with most such partners, the law firm handled the preparation of his will and estate plan. But after his death, the firm discovers, to its embarrassment, the existence of a codicil to his will establishing a $40,000 trust fund for the care and maintenance of a grave at a pet cemetery. The problem? No one in the dead lawyer’s family ever owned a pet or knows anything about that grave, which is for someone or something named Canaan. Shortly after the law firm retains Rachel Gold, the grave is robbed.

The origin of that idea? It dates back to before I went to law school–back when I was an

elementary school teacher in the Chicago Public Schools. I lived a block from the El tracks and used to wonder who was riding that train as it rumbled past at 3 a.m. When we teachers went out on strike, I decided to do a freelance story for Chicago Magazine on life on those trains after midnight. Yes, I rode El trains from midnight to dawn. Chicago Magazine accepted the story, and the editor told me to keep him in mind if I had any other bizarre story ideas.

A month later, our landlord’s dog died. The landlord was on the first floor of our three-flat, and we were on the top floor. During my condolence call, I asked him where the dog had ended up. He said he had no idea. He said he called the vet, who arranged for some service to pick up the corpse. On the way back upstairs I had my bizarre story epiphany: what happens to all the dead dogs and cats in Chicago? 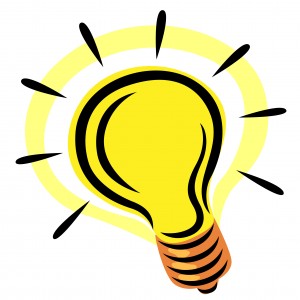 In seeking an answer to that question, I visited a taxidermist (who specialized in house cats), a rendering plant (who provided a macabre version of a dog-eat-dog world), and a pet cemetery. At the latter, I learned, among other things, that you could bury just about anything in a pet cemetery.

And thus several years later, when I decided to write my first mystery novel, I thought back to that pet cemetery.

Naively, I started writing that novel with absolutely no idea of what had been in the Canaan grave–or why it was robbed. I’ll figure that out later, I assured myself. I kept putting off that looming question until about page 200 of the manuscript, at which point I had to go back and rewrite most of the earlier chapters.

So here is my tip to all fledgling writers: figure out what was in the grave before you start writing Chapter One.

1 thought on “Where Did THAT Come From?”