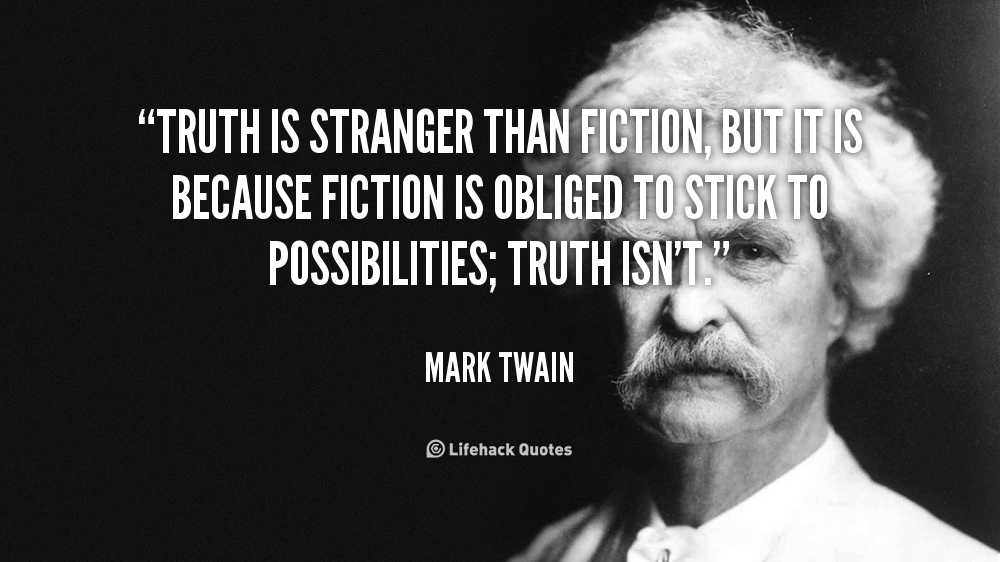 I have written occasionally, and contemplated more often, the profound wisdom behind the old saying that truth is stranger than fiction. The laws governing the real world are, in fundamental ways, different than the laws governing the world of fiction. Coincidence is a fact of life–right out there in the open, obvious and accepted. In fiction, however, coincidence must be disguised or your audience will reject it. In life, the cavalry occasionally does arrive just in time to prevent a massacre; try that trick in a work of fiction and you’ll be mocked. In life, a U.S. Congressman who sends photographs of his penis to female admirers can be named Wiener. Give him that name in your 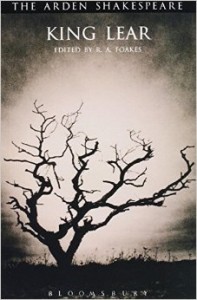 novel and your editor will make you change it.

“You can’t make this stuff up.”

I’ve heard that line twice this past week, each time from someone recounting a life experience so outrageous and sad that it could never be included in a work of fiction. In one of those cases, the man’s beloved father had been rushed to the hospital with a near fatal heart attack. The doctors had saved his life, the father had spent a week in the ICU, and as he was being transferred to a rehab facility where his family was waiting to greet him, a truck collided with his ambulance and killed him. True stories like that are so infused with pain and sadness that it almost makes you question the purpose of art in a world filled with such tragedies.

Think of those works of literature that have helped you make sense of your world. One friend who grew up in a household dominated by a narcissistic father finds comfort in Shakespeare’s King Lear. How many trapped in an unhappy marriage find resonance in Anna Karenina or Madame Bovary? Whether it’s Balzac or Vonnegut or Hammett or Faulkner or, occasionally for me, James Lee Burke, great authors and their works help us make sense of this world.

And thus I will let Friedrich Nietzsche have the last words: “We have art in order not to die from the truth.”