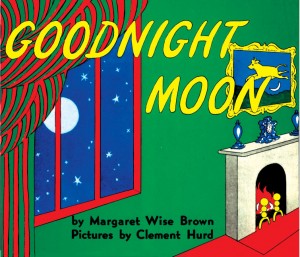 The editors of The American Scholar–the quarterly publication of the Phi Beta Kappa Society–have published a piece on their website featuring their ten favorite sentences from fiction and nonfiction. Several were familiar, including one each from The Great Gatsby, A Portrait of the Artist as a Young Man, A Farewell to Arms, and Pride and Prejudice. My favorite of their Top 10, which is from one of my favorite novels, Tim O’Brien’s Vietnam War masterpiece, The Things They Carried, reads:

“In many ways he was like America itself, big and strong, full of good intentions, a roll of fat jiggling at his belly, slow of foot but always plodding along, always there when you needed him, a believer in the virtues of simplicity and directness and hard labor.”

As with any “10 Best List”–especially in the arts–the mere posting of it is a call to arms, as the editors realized. They invited readers to suggest their own favorite sentences, and the 800+ postings that followed include a delightful collection of favorites that range from the magical opening of Margaret Wise Brown’s Goodnight Moon–“In the great green room there was a telephone and a red balloon and a picture of the cow jumping over the moon.”–to this gem from Adventures of Huckleberry Finn:

“After supper she got out her book and learned me about Moses and the Bulrushers, and I was in a sweat to find out all about him; but by and by she let it out that Moses had been dead a considerable long time; so then I didn’t care no more about him, because I don’t take no stock in dead people.”

As I mulled over my own favorites–and, in the process, tried to articulate what made them my favorites–I found I could break down my group into two categories: (1) opening sentences  so compelling that they force you to read the next sentence, or (2) descriptions so vivid that they seem magical. Occasionally, the two qualities combine into one astonishing sentence, my favorite being the opening to Gabriel Garcia Marquez’s One Hundred Years of Solitude:

“Many years later, as he faced the firing squad, Colonel Aureliano Buendia was to remember that distant afternoon when his father took him to discover ice.” 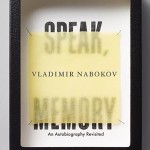 A close second is the opening sentence to Vladimir Nabokov’s autobiography, Speak, Memory–a first sentence so powerful and enticing that I have to include the second one here as well:

“The cradle rocks above an abyss, and common sense tells us that our existence is but a brief crack of light between two eternities of darkness. Although the two are identical twins, man, as a rule, views the prenatal abyss with more calm than the one he is heading for (at some forty-five hundred heartbeats an hour).”

As for that other category of favorites–namely, a sentence of sheer beauty–three of my favorites are found within the pages of F. Scott Fitzgerald’s The Great Gatsby–indeed, within the same few paragraphs of Chapter 1, all at the beginning of the scene where Nick Carraway drives over to East Egg to visit with Daisy and Tom Buchanan. Here is Nick’s first glimpse of the mansion:

“The lawn started at the beach and ran toward the front door for a quarter of a mile, jumping over sun-dials and brick walks and burning gardens–finally when it reached the house drifting up the side in bright vines as though from the momentum of its run.” 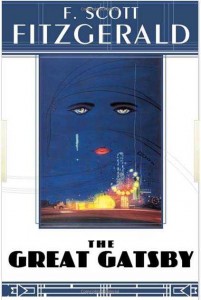 It only gets better. When Tom escorts Nick into the main living room, Fitzgerald unreels a series of sentences in two paragraphs that are so beautiful and vivid that to fully appreciate my two favorites–both underlined below–you need to read them in context:

“We walked through a high hallway into a bright rosy-colored space, fragilely bound into the house by French windows at either end. The windows were ajar and gleaming white against the fresh grass outside that seemed to grow a little way into the house. A breeze blew through the room, blew curtains in at one end and out the other like pale flags, twisting them up toward the frosted wedding-cake of the ceiling, and then rippled over the wine-colored rug, making a shadow on it as wind does on the sea.

“The only completely stationary object in the room was an enormous couch on which two young women were buoyed up as though upon an anchored balloon. They were both in white, and their dresses were rippling and fluttering as if they had just been blown back in after a short flight around the house. I must have stood for a few moments listening to the whip and snap of the curtains and the groan of a picture on the wall. Then there was a boom as Tom Buchanan shut the rear windows and the caught wind died out about the room, and the curtains and the rugs and the two young women ballooned slowly to the floor.”

All we fellow writers can do after reading those two paragraphs is sigh and shake our heads in wonder and respect. Please share with me one or two of your favorite sentences.